How To Make More Sales Through Judicious Application Of Giraffes

Let’s talk about those e-mails you write.

You’ve probably wondered now and then whether you should be concentrating on curiosity to get as many prospects to the page as possible, or talking about the benefits of the offer to send more targeted clicks and get better EPCs.

If in doubt, you’re probably better off talking about the benefits. It’s lower variance and easier to do well.

But there’s a lure to doing a good curiosity mailing. When you see the clicks mount up you know you’ve got into your audience’s head. From far away, the actions of thousands of people are being controlled by you. You are the puppet master. You are god of all you survey.

Not to mention that in the right situation, they can make you a lot more money than benefit mailings.

So here’s a quick primer on when focusing on curiosity is a good idea, and how to not massively suck at it.

First of all, there’s a misconception that ‘curiosity’ means ‘blind’.

‘Curiosity’ means getting people interested by teasing them. Showing them that there’s something worth reading on the other side of the link, but not giving them details.

‘Blind’ means you have nothing good to say about the piece of shit you’re promoting, and are a failure as a marketer and a human being.

Like everything in copy, curiosity isn’t something you have to use. It’s a tool that’s quite good at doing certain things.

In both of these cases, you don’t need much presell. If you’ve found the greatest SEO offer known to man and your list loves SEO, you’re not adding much value by wittering about it.

You’re just putting extra words between your prospect and the buy button.

But, as evidenced by the dozens of attempts at writing curiosity mails that I feel can best be summed up in animated gif form:

Most people don’t know how to write them.

The problem is that they think generating curiosity clicks is about knowing what information to hide.

In fact, it’s about knowing what information to reveal.

The whole point about a curiosity click is that you’re creating an open loop. You tease the prospect and leave them requiring a resolution.

Forget this, and you’ll set up an open loop that shuts off too soon.

You might, for instance, find a sales page that does a bit of backlink-bashing when it’s setting up the problem.

So you’ll do an e-mail that teases ‘the 3 reasons your backlinks suck’, or similar.

So far, so fine. That kind of thing to the right list can be a decent hook, though it doesn’t have the broad appeal of the one I’m going to show you shortly.

But the prospects are only clicking in order to find out those reasons. Once they’ve done that, the loop is closed. Their curiosity is satisfied and they can go back to looking up pictures of Kate Upton. 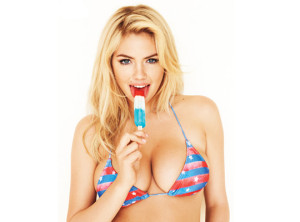 So if you want them to keep going to the buy button, you’ve got to give them a reason to keep reading.

And that means you need 2 open loops. One that gets closed fast enough to give them the sense of satisfaction they clicked the link for, one that’ll keep them reading far enough down the letter to get hooked on the product.

You might wonder why not just do the second one – mostly, it’s an attention-span thing. Give them satisfaction by closing the first loop fast, and they’ll be more willing to read through more of the letter to close the next one.

Here’s an example of one I wrote that worked really well for a sales page.

But it also tells some hard truths.

Pattern interrupt subject-line: If you’re using a curiosity-filled e-mail, it makes no sense to whittle the audience down with your subject. Keep the appeal as broad as possible.

The first open loop: ‘the lie involves a giraffe’

Not everyone cares about backlinks, even on an SEO list.

But I defy anyone not to be curious about just what the fuck a giraffe is doing on a sales page.

This does tease useful information, and gives them a reason to keep reading once the open loop about the giraffe has been closed.

By the time this second loop is closed, the sales page will have done all the heavy lifting it needs to do and they’ll be set up for the sale.

‘WTF’ hooks are easy to write if the sales page (or squeeze page, or article, or whatever) gives you the opportunity.

Most don’t. But when they do, they’re amazing opportunities. Watch out for them. 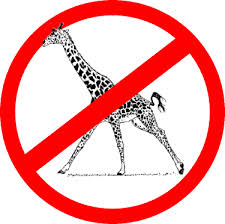