Home » Marketing » How Dogecoin. Such Positioning. Many Clever.
Mon28

How Dogecoin. Such Positioning. Many Clever.

Oh Dogecoin, how I love thee.

Not to the extent of actually owning any. I have no interest in bringing down the capitalist system, I don’t care about having anonymous transactions, if you want to speculate there’s a million penny stocks looking for love and if you’re after an actual investment then the FTSE still looks a ton better than the hyperactive kangaroo that is any given cryptocurrency’s value graph.

But they are interesting, and Dogecoin is the smartest of the lot.

A few weeks ago, they supported their own Nascar racer. The community noticed that Josh Wise was without a sponsor. They needed to raise $55,000 in dogecoins for him to race. And they did it, in less than a week.

They’ve chosen a livery. I’m a little disappointed it doesn’t have ‘Such engine! How rapid!’ on it.

It’s not even the first time they’ve done something like this. Earlier in the year, they raised $13,000 to send the Jamaican bobsled team to the Olympics.

This is good advertising, and unique in the niche, but it came from the Dogecoin community thinking it’d be an awesome thing to do rather than some grand plan to get the cryptocurrency more notice, so it’s not why Dogecoin is smart.

Dogecoin is smart because it’s the only cryptocurrency to have mastered market positioning.

Despite having little interest in cryptocurrencies, I’d heard of Dogecoin long before this, because people talk about it. There’s several cryptocurrency options – people are founding them in much the same way people founded shovel shops in the gold rush – but most of them die out fast. Bitcoin has traction – it came first. Litecoin… also exists. Dogecoin is gaining ground, fast. Not long ago, Bitcoin Magazine was speculating on whether or not Dogecoin would actually depose Bitcoin itself from the top spot.

Why did it take off? Because it used positioning. It’s designed to stand out from the crowd.

Most cryptocurrencies have a logo that looks a bit like the Bitcoin one. Dogecoin has a Shiba Inu. It has a language, taken from the original Doge Inner Monologue meme. Very currency! How digital!

Dogecoin was created by programmer Billy Markus, with the explicit intention of making a ‘fun’ cryptocurrency. One that didn’t take itself too seriously.

It was different. It took off. The fun nature let it appeal to people who before then didn’t care about cryptocurrencies or what they stood for. It gave them a reason to talk about it. It gave them an excuse to buy. Ironically, of course.

Whatever market you’re in, you need to stand out. You need to have something you stand for.

That’s your position. It dictates how people see your brand. What they associate with you, and what box they put you in. Your position lets then define how they see themselves through their choice to use you.

As an example, take two supermarkets: Waitrose and Lidl.

Waitrose has positioned itself as high price, high quality. It can get away with charging more for its food, because people go in there expecting to pay a bit more. They shop at Waitrose because they are discerning customers, they pay for quality. Sometimes, they just want to show they can AFFORD to pay for quality.

Lidl has positioned itself as a budget chain. No-one is going to complain that the food they buy in Lidl isn’t as good as the food they could buy in Waitrose. If they wanted Waitrose food, they’d go there. They go to Lidl because it’s cheap. They’re price-conscious. They save the pennies.

Both of these brands are growing and successful. They’ve each established a position, and customers who want what their brand stands for instantly know where to go.

And crucially, despite both being supermarkets, both filling the same basic need, you could build one next to the other and they wouldn’t be in competition. They’ve got different target markets.

So how do you stand out?

Choosing a position isn’t just something to go in your marketing strategy. When you know what your brand stands for, you’ve got to push this message in all your copy, in all your advertising. Nothing Dogecoin does is entirely serious. The community is built on being fun.

Nor should you choose your position lightly, because it won’t just define your customers, it’ll define you.

When your customers associate you with something, they won’t react well if you ever break that association. 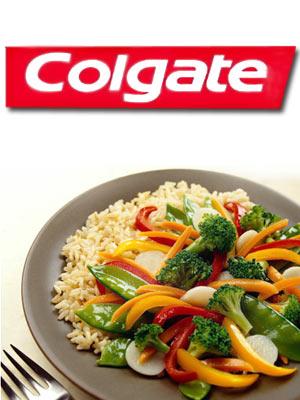 God only knows what the thinking here was. Your customer base associates the name ‘Colgate’ with toothpaste, and you now attempt to sell them ready meals.

Unsurprisingly, it bombed, no-one particularly wanting to eat a meal that tasted of toothpaste.

Colgate as a brand survived in their core market, though not every company that’s tried to break their position has been so lucky.

(For a more successful take on selling multiple products, have a look at global domination corp Unilever. Everything they manufacture comes out under a different brand name, allowing them to position each product separately).

This isn’t to say you can’t expand outside your existing product range – you just have to do it in a way your customers find consistent.

Rolex could quite happily expand beyond watches, but they can’t keep the same brand and sell budget products. The name ‘Rolex’ conjures up a very special kind of luxury, the kind enjoyed by rich men, the kind enjoyed James Bond. Other trappings of that kind of luxury would fit well under the Rolex brand, but whatever they sell, it has to be expensive.

Your business doesn’t NEED a defining position. But having one could be the difference between being Dogecoin – a fast growing major player, sponsoring Nascar racers and being discussed as the competitor that could even topple Bitcoin one day – and being one of the crowd, never talked about because there’s nothing to say. Your call.

Such marketing. How success. WOW.